This is Rex Brinlee Jr. He was a Tahlequah, Oklahoma plumber and operator 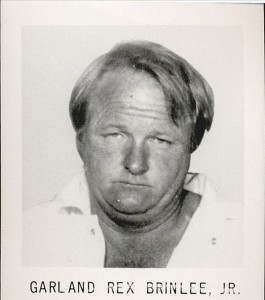 of a night club, called “The Library Club,” in 1971 when he was the chief suspect in the theft of a pick-up truck from a used car-lot. A witness in that case, Don Bolding, of Bristow, was set to testify against him.

On Feb. 2, Don’s wife, Fern, a 28 year-old kindergarten teacher, got into the family pick-up and turned the ignition switch which set off a massive bomb that killed her instantly and blew her body into the neighbor’s yard. The explosion was so enormous that one investigator characterized it as a “massive dose of overkill.”

Police quickly surmised Don was likely the intended target and their suspicion rested on Brinlee. He was later charged with murder, convicted and sentenced to life in prison.

During a 1973 prison riot at Oklahoma State Penitentiary, Brinlee was able to escape. The day before the FBI was to place him on its top 10 list, he was recaptured near Shreveport, LA. He escaped again three years later but was also recaptured.

During his 38 years in prison, Brinlee was a dynamic character and maintained his innocence. He died on Dec. 18, 2009.