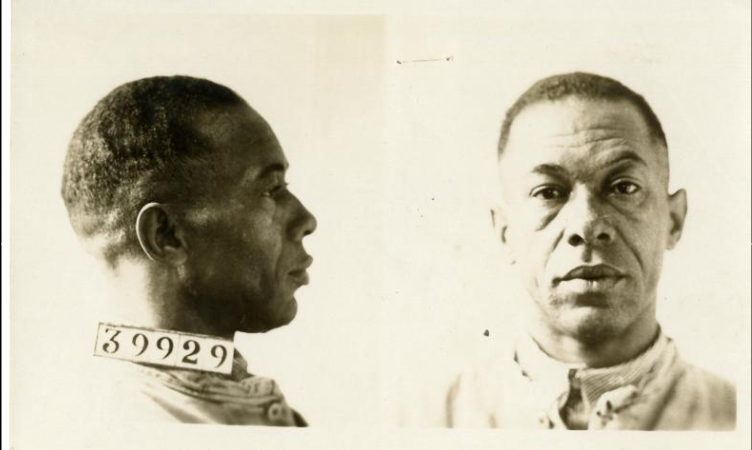 Lemuel Hawkins (October 2, 1895 – August 10, 1934) was an American first baseman in Negro league baseball. He played for the Kansas City Monarchs, Chicago Giants and Chicago American Giants from 1921 to 1928. He was 5’10” and weighed 185 pounds. In 1931 he was arrested for stealing a car (which was a federal crime at that time) and sentenced to serve two  years in prison

Hawkins was born in Macon, Georgia, in 1895. He served in World War I and was also the first baseman for the successful 25th Infantry Regiment baseball team posted at Ft. Huachuca, Arizona. He, along with teammates Oscar Johnson, Dobie Moore, Bullet Rogan, and Bob Fagin, joined the Kansas City Monarchs in the early 1920s. 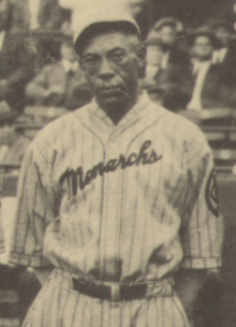 Hawkins during the 1924 “Colored World Series.”

Hawkins was the Monarchs’ everyday first baseman from 1921 to 1927 and played for the Monarchs team which won the 1924 Colored World Series.

According to George Sweatt, Hawkins and teammate Bill “Plunk” Drake were good friends. “[They] were the craziest guys,” Sweatt recalled. “When we’d go to a different town, they’d just walk through the halls all night, fooling around. That’s all they did!”

Hawkins played for the Chicago American Giants in 1928. He finished his career in the Negro National League with a .265 batting average, three home runs, and 268 runs scored in 2,126 plate appearances.

Between the 1923 and 1924 baseball seasons, it was reported that Hawkins spent the Winter driving a taxicab.

In July 1931, Hawkins was with three other men in a car when they were searched by police in connection with a holdup. One of the other men pulled a gun and was shot to death by the officers, and Hawkins was held on an automobile theft charge. He was sentenced to serve two years in Fort Leavenworth Federal Prison. The mugshot photo above is from his time in Leavenworth.

On the night of August 10, 1934, Hawkins and a partner attempted to hold up a beer truck in Chicago. A scuffle took place, and Hawkins was accidentally shot to death by his partner. The bullet that killed him entered his left ear and pierced his brain. Hawkins’ body was taken to the morgue where it went unidentified for approximately one month.

“Identity of Hawkins was made through his war record and finger prints sent to Washington,” reported the September 15, 1934, edition of The Afro American, a national weekly newspaper for African Americans. “It was disclosed that he had served in the 25th U. S. Infantry (Regiment) and in the World War. The body was shipped to Macon, Ga., at the request of his mother, Mrs. Carrie Hawkins, of that city.”