Additional information  for this article was provided by John Johnson.

In November of 1892, young Joseph Smith was hunting with Anton Woode, 11, on the Woode family ranch near Denver when he was shot in the back and killed by Woode. When Anton was arrested, he immediately confessed and told authorities he shot Smith because he envied the boy’s gold watch and chain.

Woode’s first trial ended in a hung jury when the jury couldn’t come to a unanimous decision on the boy’s sanity.

During his second trial, however, he was found guilty of second-degree murder on March 24, 1893 and sentenced to 25 years to life in prison, or just 25 years, (the newspaper accounts differ). His insanity defense was supported by testimony from a doctor who concluded that because Anton drank coffee, as a boy, it likely lowered his “mental constitution,” leading to his “insanity.”

DENVER, COLO, special: Anton Woode, the 11-year-old murderer of Joseph Smith, was convicted of murder in the second degree. The Jury was out sixteen hours and little Anton came near being sent to the gallows. The stubbornness of one juryman saved him. When the verdict was read in court, Anton wept. He thought the verdict meant hanging for him, and he expressed his regret for not murdering Smith’s two companions that were with him on the day that Smith was killed.

Little Anton looked viciously at Alexander Pecker, the principal witness against him, and said: “If I had plugged that [obscenity] nobody would know nothing about the thing at all.” The lad was then taken to the sheriff’s office, and the first thing that attracted his attention was the rogues’ gallery. He called the sheriff over, and, pointing to the photographs of the dead body of a desperado dangling from a telegraph pole, said: “I suppose that’s what you going to do with me? Well, I’ll fool you.”

The sheriff assured the lad that he would be only confined in jail. This satisfied him. The idea of getting enough to eat and having no work to do tickled him.

He may have been wrong about having no work to do. Another source reported that Woode was sentenced to 25 years of hard labor. 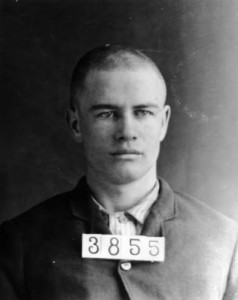 On January 23, 1900, Woode and three other convicts escaped from the Colorado State Penitentiary in Canon City after one of the men, Thomas Reynolds, stabbed to death a captain of the guards. The four men split up into two groups, and Woode and his accomplice, Kid Wallace, were captured two days later. Reynolds was captured one day after Wallace and Woode. When a posse was leading Reynolds back to the prison, an angry mob followed and snatched Reynolds when he was just outside prison walls.

Reynolds, who knew what was coming, told his captors: “If they start to make trouble for me up there, just put a bullet through me. I don’t want to be hanged.”

Nobody put a bullet through him and the mob lynched him instead. The fourth man in the escape, Bill Wagoner, was rumored to have been lynched but this went unconfirmed by newspapers from that era. 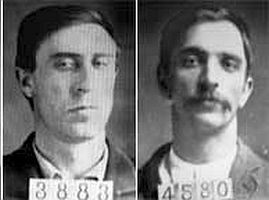 Special Thanks to John Johnson of Colorado.