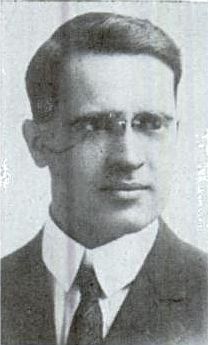 In 1921, Dr. Richard Brumfield was a dentist with a respectable practice in the small town of Roseburg, Oregon. He had moved there several years before from Chicago where he attended dental school. Prior to his becoming a dentist, he was a school principal in Indiana. With his many years of education and refined way of speaking, Dr. Brumfield stood out in the small community with an agrarian economy.

On July 13 of that year, Dr. Brumfield hired laborer Dennis Russell to dynamite some tree stumps on his farm. He then drove his car to Russell’s shack, picked him up, drove out of town, and murdered the poor man by shooting him three times. With the body still in the car, he drove a few miles further west to a steep hill near Melrose, Oregon, and staged a car accident in which the body of Dennis Russell and Brumfield’s car were set on fire. Dr. Brumfield then fled to Alberta, Canada, leaving his wife behind to collect on his $30,000 life insurance.

Insurance scams were apparently Brumfield’s favorite method of making a big score. Twice, already, his house had burned down and he collected on the insurance in both cases. But when county investigators looked at the supposed body of Dr. Brumfield, there were some identifying features which seemed to match Dennis Russell who had recently disappeared.

“Russell didn’t amount to much. He was a bachelor and lived alone in a shack. He tended a few sheep and far as anybody knew, he had no kin. He was shiftless, sullen and sickly. Society would not miss him if he died,” wrote one observer in 1921.

It took authorities nearly one full week of examination and questioning witnesses to declare the body was that of Dennis Russell, and not Dr. Brumfield. Among the different methods used to distinguish between the two was the fact that the corpse was not wearing underwear when discovered. Brumfield always wore underwear, Russell did not.

Brumfield was tracked down to Canada a month later and hauled back to Oregon for trial. The murder, and his scheme to collect on his own life insurance, was declared the most sensational crime in Pacific Coast history at that time.

The dentist never confessed and said he could not remember his crime, and did not believe that he could have ever done such a thing. He was tried, convicted, and sentence to hang. After he lost his appeal, he tried to commit suicide by cutting himself with a dental plate. Later, on September 13, 1922, he was found dead in his prison cell where he had used the bed sheet to hang himself from his bunk.