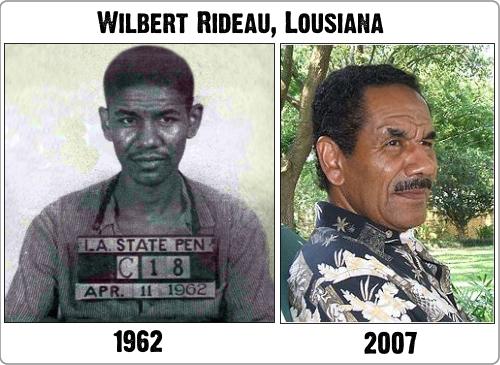 In 1961, nineteen-year-old Wilbert Rideau shot and killed Lake Charles bank teller Julia Fergusen, who was twenty-years-old. Rideau’s first trial included an all-white, all-male jury who sentenced him to death. That verdict, and two more which came in 1964 and 1970, were eventually overturned on constitutional grounds. Nevertheless, he remained on death row until 1972.

In 1975, he was assigned to be the editor of the The Angolite, an uncensored prison newspaper. During his nearly 30-year tenure as editor, he won numerous prestigious journalism awards including: the Robert F. Kennedy Award, the George Polk Award, and the Sidney Hillman Award. He was the first prisoner ever to win the American Bar Association’s Silver Gavel Award. During the time, he also was co-producer for two Academy Award nominated documentary films: The Farm, and Angola, USA.

In 1993, Life Magazine called him the “most rehabilitated prisoner in America.”

In December 2000, the Fifth Circuit Court of Appeals in New Orleans threw out Rideau’s 1970 murder conviction because of racial discrimination in the grand jury process in Calcasieu Parish, Louisiana.

Although he had already served 39-years in prison, the local prosecutor chose to retry the case

and Rideau was re indicted in July 2001.

The 2005 jury, which included men and women of mixed racial backgrounds, convicted him of manslaughter, for which he was sentenced to serve 21 years in prison. Since had already served 44 years, he was freed immediately.

In 2010, he published his memoir entitled: In the Place of Justice: A Story of Punishment and Redemption.

Wilbert Rideau has a detailed and interesting Wikipedia page which you can find here.