Since this is the week of thanksgiving, I wanted to work in a thanksgiving type crime. The best I could do was this poultry pilferer from 1931. 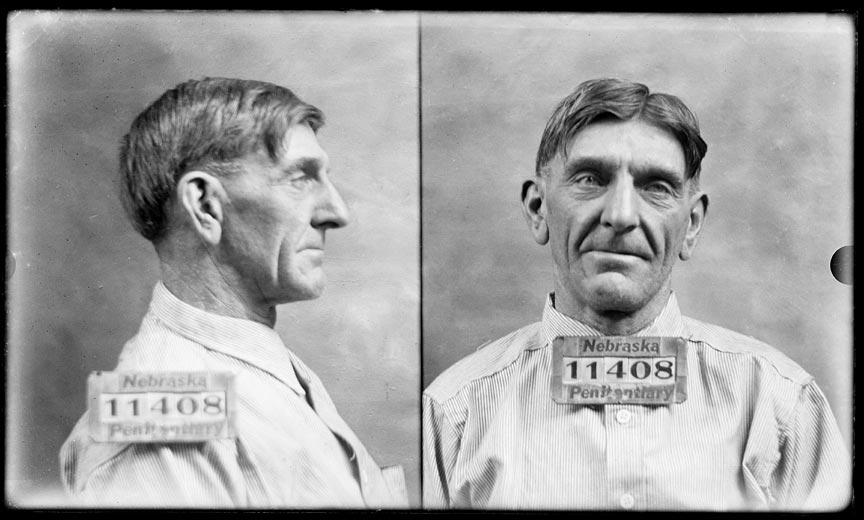 In 1931, during the depths of the Great Depression, Jake Vohland attempted to steal chickens from Mr. and Mrs. Dale E. Stubblefield who lived near Shelton, Nebraska. The Stubblefields, however, had devised an ingenious homemade burglar alarm to protect their large chicken farm in Gibbon. They placed a mousetrap near the door of the chicken barn that rang bells in both their living room and bedroom.

Vohland unknowingly set off the burglar alarm on a dark night in March 1931. The alleged thief ran out of the chicken house refusing to stop when Mr. Stubblefield cried halt. In his attempt to flee the scene, the alleged thief dropped part of his booty and escaped with only ten chickens at a value of over $5.00 ($78 in 2015 when adjusted for inflation).

In his haste, the burglar did not stop for his car and made his getaway on foot. Mr. Stubblefield parked near the abandoned car and notified the sheriff (Buffalo County). The sheriff quickly determined the car belonged to Vohland and proceeded to his home. Vohland was placed under arrest despite his claims that the car was stolen by someone else for the purpose of the chicken house raid.

The jury did not believe Vohland’s story. He was found guilty of theft and sentenced to 1 year in the Nebraska State Penitentiary.

Credit: Article and photo from the Nebraska State Historical Society 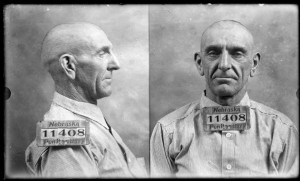 Jake with a shaved head and a craving for fried chicken.