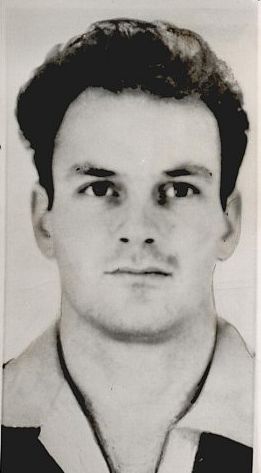 George Edward Cole shot and killed a San Francisco Police Sergeant during a hold-up of a tavern on Dec. 30, 1956. He was placed on the FBI’s Most Wanted List on Feb. 25, 1957. He was captured two years later in Des Moines, Iowa after a citizen identified his girlfriend, Yvonne Conley, 45, from a wanted poster. A magazine article later described her as 4′ 11, and dumpy, and declared she was an odd match for Cole who was 14 years younger. 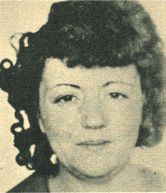 My archival sources that I rely on do not have any more information about George Edward Cole after a jury selection for his trial in October, 1959. It just stops with that and I have no clear picture of what happened to him. His name does not appear on a comprehensive list of inmates executed in California before 1967. He also does not appear in the online California Death Records database as George Edward Cole or George E Cole with the correct age.

A little more information can be read about him here:

The second photograph, below, was taken nearly a decade after the mug shot featured on his FBI circular. 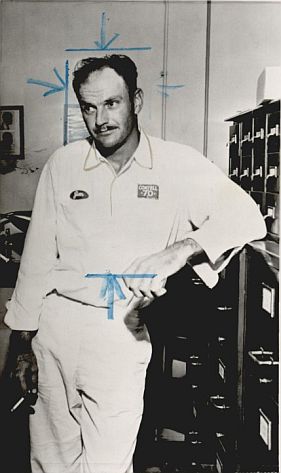