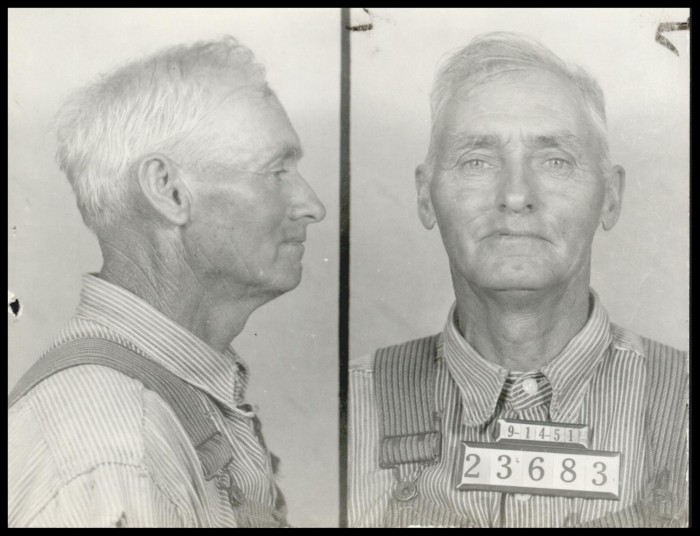 When railroad section hand George Darnell was fired from his job on August 17, 1929, he set his mind on revenge. The following day, Darnell tampered with a track switch near Henryetta, Oklahoma, which later caused a passenger train to jump the track. Thirteen people, eleven of them passengers, were killed and ten more were injured.

Darnell stayed in Henryetta but when suspicion began to center on him, he went on the run. He was hunted down by railroad detectives and captured nearly two years later near Parsons, Kansas, on April 5, 1931. He was brought back to Henryetta and quickly pleaded guilty to murder charges and was sentenced to life in prison.

When he was confronted with pictures of the wreck he caused, he broke down and wept. He explained to the court that when he was fired the day before, he thought if he wrecked a freight train it would lead to the dismissal of the railroad foreman who had fired him.

Darnell came up for parole in 1947 but was denied after railroad employees showed up at his hearing to protest his release.

The photograph above was taken in 1951. It is unclear if he was eventually paroled or died in prison.