On December 22, 1871, the little son of Mrs. Paine, of Chelsea, a suburb of Boston, was inveigled by an unknown boy, evidently about twelve years of age, to Powder Horn Hill, near Boston, where he was stripped naked, tied to a beam and beaten with a rope until he become unconscious. The larger boy then disappeared.

On February 21, 1872, little Tracy Hayden was taken to the same place by a boy of the same description and in addition to undergoing torture similar to that inflicted upon the Paine boy, he was struck across the face with a board,  the blow breaking his nose and knocking out several of his teeth.

On July 4, 1872, this same mysterious youth enticed a boy named Johnny Balch to the same scene of torture, where he received treatment similar to that administered to the other victims, but when the child had regained enough strength to enable him to walk, his companion forced him to accompany him to a salt water creek nearby, where his wounds were washed with salt water.

In September, 1872, another child named Robert Gould was persuaded by this same boy to accompany him, to the Hartford and Erie Railroad track, where he was tied to a telegraph pole, stripped, beaten and cut about the head with a knife.

A few days after this, a little chap named Harry Austin met this mysterious young fiend at South Boston, and he was stripped, bound and punctured with pins until he became unconscious.

Within a few days after this, the sixth child, named George Pratt, was enticed into the cabin of a yacht at South Boston, and after being bound, was stripped, beaten and stabbed in the back and groin with a penknife.

Scarcely another week elapsed before little Joseph Kennedy was inveigled to a secluded spot in the Old Colony road, in South Boston, where he was maltreated in identically the same manner as was the Pratt child.

A great number of boys were arrested on suspicion, but were discharged.

Finally suspicion fell upon a boy named Jesse Pomeroy, a twelve-year-old youth who lived with his widowed mother, a poor dressmaker, on Broadway Street, between D and E streets, South Boston.

He was positively identified by several of the children he had tortured, and as it was proven beyond all doubt that he was the much-sought youths he was sentenced to serve the remainder of his minority at the West Borough Reform School. According to the custom, if the boys confined at this school were exemplary in their behavior and the authorities felt confident that the good conduct would continue after their release, they were often released on probation, providing they had a good home to go to.

Unfortunately this was done in Pomeroy’s case on February 6, 1874.

On March 8, 1874, John Curran, whose residence was in the neighborhood of the Pomeroy home, notified the police that his ten-year-old daughter had mysteriously disappeared. The only clue obtainable was the statement of a child who saw a little girl, of the same description as Curran’s daughter, enter a buggy with a strange man. As the missing girl was very pretty and well developed, it was suspected that it was a case of abduction, and the investigation was made along those lines.

On April 22, 1874, the body of a four-year-old boy named Horace Mullen was found in a marsh near Dorchester, a suburb of Boston, Mass.

The body was horribly mutilated, the head being nearly severed from the body, upon which there were thirty-one knife wounds.

Having in mind the past record of Jesse Pomeroy, the officials naturally suspected him, and he was taken into custody on the following day. A knife was found in his possession, upon the blade of which some blood was found near the handle, but the remainder of the blade was clean. Upon his shoes was found mud similar to that found only on marsh lands.

Footprints could be very easily traced through this marshy land to the spot where the body was found. Plaster casts were made and it was found that they not only fitted Pomeroy’s shoes in every respect, but it was seen that the tracks were made by a person, who in walking, planted his foot in the same manner as Pomeroy.

In addition to this, other circumstantial evidence was procured and then Pomeroy was taken into the room where the body of the child lay. The following conversation occurred between the officer and Pomeroy :

Officer: Do you know this boy?

Officer : Did you kill him?

Pomeroy : I suppose I did.

Officer : How did you get the blood off the knife ?

Pomeroy: I stuck it in the mud.

An examination was then made, and it was found that the boy was perfectly sane, but was naturally a fiend and derived pleasure from torturing others.

He selected children only because he had the physical ability to force them to do his will.

In July of the same year Mrs. Pomeroy’s landlord sold the property where she resided, and the new owner proceeded at once to make extensive improvements. Laborers began to excavate the cellar and about 5 p. m. on July 18 they found the badly decomposed remains of a little girl buried under a pile of ashes and stones.

Among those who viewed the remains were Mr. and Mrs. Curran, and while the features were not recognizable, they readily identified the wearing apparel as that of their lost child. Pomeroy had been seen with the child, and he finally confessed that it was he who murdered her and buried the remains.

On December 10, 1874, Pomeroy was convicted on the charge of murdering the Mullen child and was sentenced to be hanged.

An appeal was taken to the Supreme Court, which sustained the lower court on February 12, 1875. Governor Gaston refused to sign the death warrant because of the extreme youth of the murderer.

His successor, Governor Rice, also refused for the same reason, and on August 31, 1876, Pomeroy’s sentence was commuted to solitary confinement for the remainder of his life. He has made frequent attempts to escape, but always failed. In some mysterious manner he obtained an explosive, which he placed near the door of his cell, but when the explosion occurred it did more damage to him than it did to the door.

Notwithstanding the fact that Pomeroy has been in solitary confinement for thirty-three years, he has developed into a powerful man, and in 1909 was enjoying perfect health.

As he is seldom permitted to receive visitors he devotes nearly all of his time to reading and study and has become a highly educated man.

It remained for the Governor to sign the death warrant and assign a date for Pomeroy’s execution. However, Governor William Gaston refused to comply with this executive responsibility. The only legal means of sparing Pomeroy’s life was through the Massachusetts Governor’s Council, and only if a simple majority of the nine-member Council voted to commute the death penalty. Over the next year and a half, the Council voted three times: the first two votes upheld Pomeroy’s execution, and both times Governor Gaston refused to sign the death warrant. In August 1876, the Council took a third vote, anonymously, and Pomeroy’s sentence was commuted to life in prison in solitary confinement. On the evening of September 7, 1876, Pomeroy was transferred from the Suffolk County Jail to the State Prison at Charlestown, and began his life in solitary. He was 16 years and 9 months old. Pomeroy remained incarcerated at the Charlestown State Prison.

In prison, Pomeroy claimed that he taught himself to read several foreign languages, including Arabic, and one visiting psychiatrist found that he had learned German with “considerable accuracy.” He wrote poetry and argued with prison officials over his right to have it published, and he studied law books and spent decades composing legal challenges to his conviction and requests for a pardon. A psychiatric report on Pomeroy made in 1914, and quoted extensively in the Boston Globe after his death, noted that Pomeroy had made 10 or 12 “determined attempts” to escape, and that handmade tools were frequently found in his possession. A prison warden reported finding rope, steel pens and a drill that Pomeroy had concealed in his cell or on his person. According to the Globe, Pomeroy lost an eye after attempting to destroy the side of his cell by redirecting a gas pipe. The 1914 psychiatric report claimed that Pomeroy had shown the “greatest ingenuity and a persistence which is unprecedented in the history of the prison.”

In 1917, Pomeroy’s sentence was commuted to the extent of allowing him the privileges afforded to other life prisoners. At first he resisted, wanting nothing less than a pardon. He eventually adjusted to his changed circumstances and appeared in a minstrel show at the prison. In 1929, by this time an elderly man in frail health, he was transferred to Bridgewater Hospital for the Criminally Insane, where he died on September 29, 1932.

There is a book about this case written by crime historian and author, Harold Schechter. Fiend: The Shocking True Story Of America’s Youngest Serial Killer 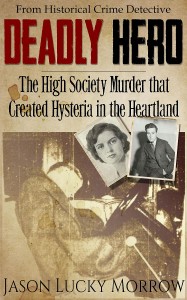