Home | Rediscovered Crime News | The Story of a ‘Gangster Queen,’ 1931

The following story is the “confession” Cecile Valore made to Cleveland authorities before she was sentenced to prison for her part in a murder. At the bottom is link a to Google News Archive page of a Sunday Edition Full Page Story about Cecile and her husband’s gang and their crimes. 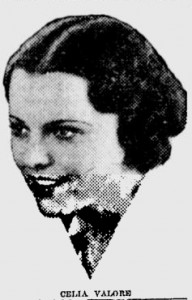 (CLEVELAND, OHIO Feb. 18,1931) Caught flat footed by the confession of Mrs. Cecile Valore that her husband, Ross, murdered Dr. Alfred P. Scully here last March, police and deputy sheriffs made desperate but futile efforts’ today to round up a half dozen men implicated by the woman in the Scully and other crimes.

“I don’t believe she told that,” Valore said last night at Columbus where he is serving a life term for the murder of R. Miller Wilkison, Princeton student, at a Shaker ‘Heights party last fall. “If she did say it, she lied.”

Mrs. Valore made her confession public to officials and newspapers men late yesterday. It developed that she had made the same Confession to County Prosecutor Ray T. Miller a week ago.

Miller said today that it was “unfortunate she made it public at this time.”

She accused her husband of the following crimes:

The woman pleaded guilty last week to a charge of general homicide in connection with the Windsor killing.

McMahon had deferred sentence to give her a chance to tell what she knew about other crimes. 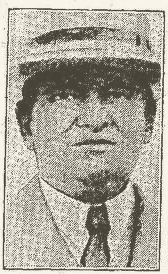 “Honest, I never took part planning a crime,’ she cried to Sulzmann, McMahon and newspaperman.

“Everything I ever did was done because I was afraid of Ross and what his people might do to my mother.”

She admitted that she was in the auto when Valore and the Ball brothers, Mike and Angelo, went to the Wilkison residence.

The woman was alternately tearful and defiant.

She sat on a woman’s bed in the women’s ward of the county jail while she told her story.

“It all proves that humanitarianism pays,” Sulzmann exulted. “That little girl said to me, ‘Sheriff you have been like a father to me and I want to confess to you,’ so we sent for the judge.” ‘

Officials decline to be quoted but they indicated they did not accept her story at full value. Six squads policemen, however, were detailed to hunt for Joe Valore, brother of Ross [her husband] who she said “knew a lot about the Scully murder.” Police were eager to question him about it.

A full newspaper page follow up story to this case can be found here. Please note that to navigate this page, place your mouse on the content, left click once, and then move it where you want to go. There are also Zoom In and Zoom Out icons at the top that are labeled – and +.

Here is another link to the same story but with different pictures.