Scroll down to see Tingler’s slideshow.

On the morning of September 16, 1968, the lifeless bodies of three men and a woman were found in a Cleveland, Ohio, park. Each victim had been shot in the head, some victims several times. 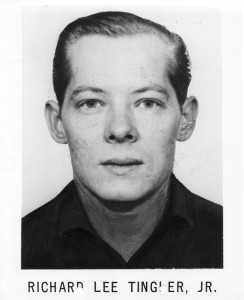 On the night of October 20, 1968, a Columbus, Ohio, dairy store was held up and two teenage store employees were murdered execution style. The victims, a 15-year-old boy and an 18-year-old girl, were bound hand and foot, gagged, brutally beaten about the head, and then shot in the back of the head with an automatic pistol. The manager of the store was also viciously beaten. However, she survived the assault, despite efforts to strangle her with a wire coat hanger.

Through investigation, it was determined that Richard Lee Tingler, Jr., a native of Portsmouth, Ohio, was allegedly responsible for the six brutal murders.

On October 24, 1968, a federal arrest warrant was issued and Tingler was charged with unlawful interstate flight to avoid prosecution for murder and armed robbery was issued in Columbus, Ohio. In December of 1968, the FBI added him to its “Ten Most Wanted Fugitives” list.

Tingler had sought to conceal his location and identity by gaining employment on a farm near Dill City and using the alias of Don Williams. But his attempt to avoid apprehension came to an end on May 19, 1969, when his employer visited the Washita County Sheriff’s Office. There, he observed a Wanted Poster for Tingler and noticed how the photo and description of Tingler strongly resembled his hired hand, Don Williams.

The employer, wanting to be sure of his identification of Tingler before telling the sheriff about his fears, contacted a neighbor. He requested that the neighbor visit the sheriff’s office and view the wanted notices of Tingler. The neighbor did so and agreed with his friend’s observations. They notified the sheriff of Tingler’s location.

On the afternoon of May 19, 1969, an FBI Agent and members of the Washita County Sheriff’s Office arrested Tingler at the farmhouse. At the time of his arrest, Tingler was armed with a .25 calibre automatic pistol.

Noted as a “cold, calculating, and deliberate killer,” Tingler was sentenced to die in the electric chair in 1969, but this was later commuted to life in prison. He died on March 18, 1995, of organ failure in a Columbus, Ohio hospital. 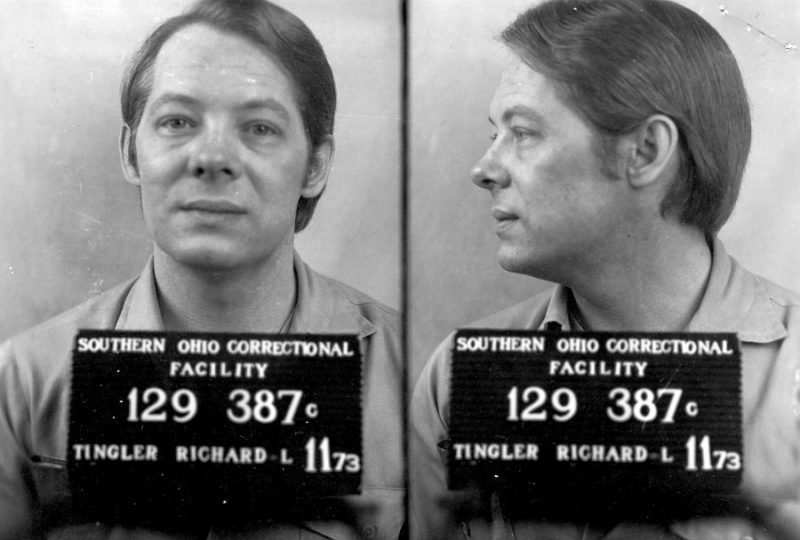 Above, Ohio prisoner Richard Lee Tingler, Jr. He made the FBI's Most Wanted list in December 1968 for the murder of six people. On September 16, 1968, he shot and killed three men and a woman at a park. One month later, October 20, he shot and killed a fifteen year-old boy and an eighteen year-old girl at a park while robbing them. Above, his prison mug shot from November 1973. -Photos Submitted by Robert Lee Cooper, grand nephew of Richard Tingler, Jr. 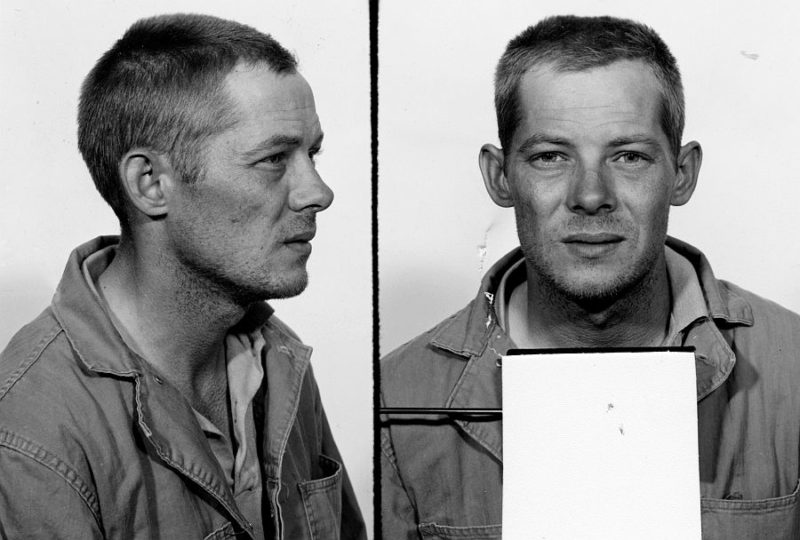 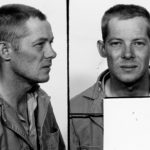 Tingler was placed on the FBI's list in December 1968. Sometime after that, he changed his name to Don Williams and found a cash paying job as a farm hand in Dill City. By mid-May 1969, his employer recognized his face on Wanted poster. The farmer's friend verified Tingler's identity as Don Williams. They notified the sheriff who notified the FBI. -Photos Submitted by Robert Lee Cooper, grand nephew of Richard Tingler, Jr. 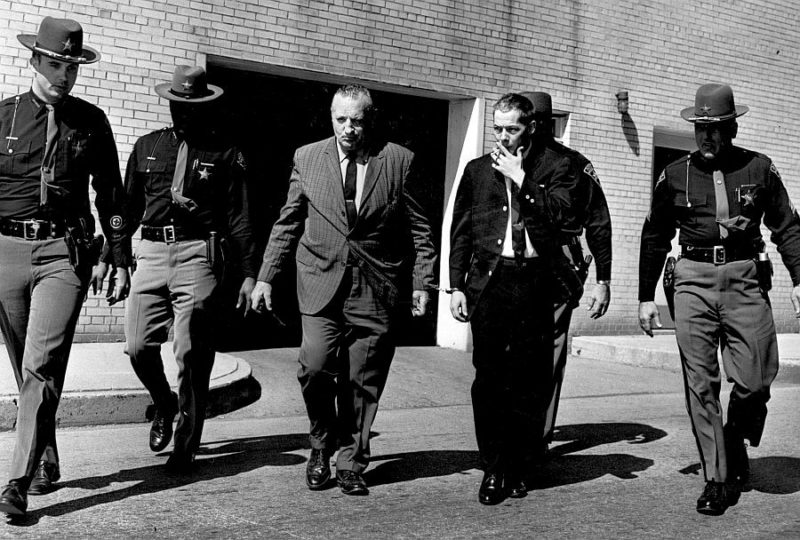 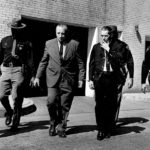 Tingler was arrested on May 19, 1969. He was later sentenced to die in the Ohio electric chair, but his execution was eventually overturned (as were many during the 1970s due to a cosmic shift set by the United States Supreme Court in a ruling that took issue with how some states were issuing death sentences). Above, Tingler is seen under escort leaving a court appearance. -Photos Submitted by Robert Lee Cooper, grand nephew of Richard Tingler, Jr. 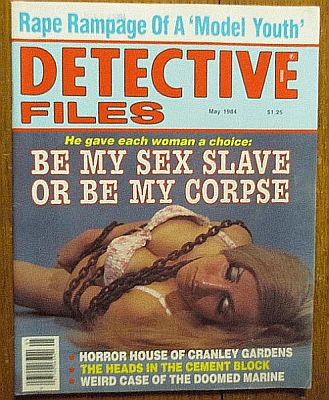 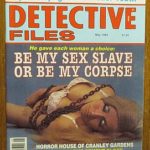 Tingler settled into prison life by the late 1970s. In 1984, his story was told in the May issue of of the now defunct Detective Files magazine. -Photos Submitted by Robert Lee Cooper, grand nephew of Richard Tingler, Jr. 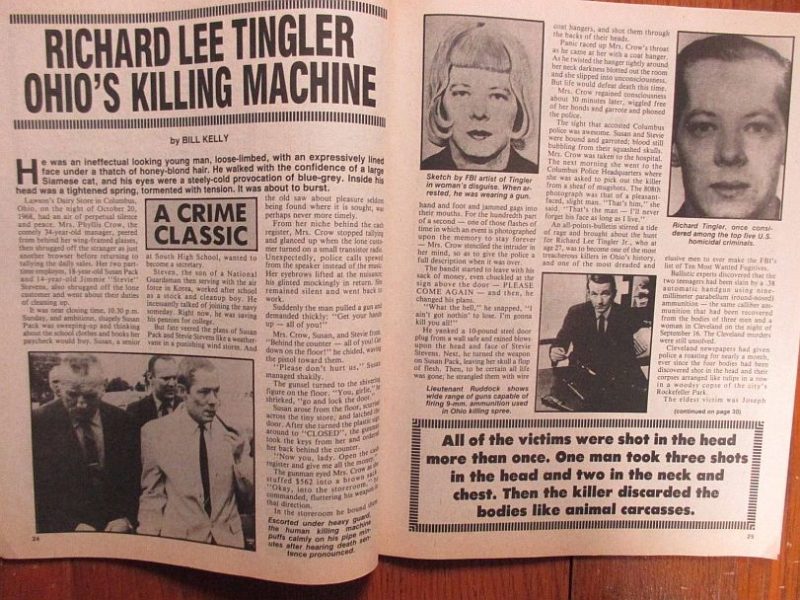 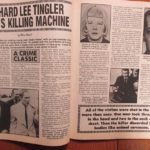 Always looking to connect sex with murder, and murder with sex, the magazine emphasized a non-existing angle to the story with copy devoted to Tingler dressing as a woman. Tingler served thirty-five years in prison and died on March 18, 1995 of massive organ failure. -Photos Submitted by Robert Lee Cooper, grand nephew of Richard Tingler, Jr.