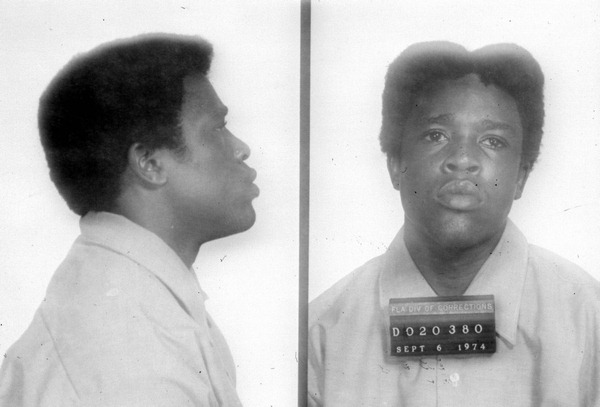 On March 23, 1973, James Dupree Henry broke into the home of eighty-one-year-old Orlando civil rights leader, Zellie Riley, with the intention of robbing him. After finding just $64 and some credit cards, Henry bound Riley, who was his next door neighbor, to a chair beat him with a pistol, slit his throat with a razor and stuffed a gag in his mouth and left him to die. Riley suffocated to death on the gag in his mouth.

After he was caught and charged with first-degree murder, Henry turned down a deal that would have given him a life sentence. At his 1974 trial, the jury convicted him and recommended the death penalty.

Ten years later, in a last bid appeal, new evidence and testimony from a psychiatrist suggested that James Henry was “an intellectually limited, brain-damaged individual with very poor judgment, and a propensity to impulsive action and violence.”

On the day before he was executed, the U.S. Court of Appeals for the Eleventh Circuit rejected this medical hypothesis as just cause to grant a stay of execution and stated: “We therefore agree with the district judge that this claim constitutes an abuse of the writ and, that the ends of justice do not require its further consideration.”

The thirty-four-year-old Henry was executed on September 20, 1984. When asked if he had any last words, he stated: “My final words are–I am innocent.”

UPI – STARKE, Fla., Sept. 20— James Dupree Henry, trembling and professing innocence, died in the electric chair today for the murder of an 81- year-old man in a robbery.

Mr. Henry, 34 years old, bade his mother and girlfriend farewell and ate raw oysters for the first time before he was put to death in the oak electric chair moments after a temporary stay of execution expired at 7 A.M. He was pronounced dead nine minutes later.

”My final words are ‘I am innocent,’ ” Mr. Henry said before the death hood was dropped over his face.

Mr. Henry was the 25th man executed in the United States since the Supreme Court lifted its ban on the death penalty in 1976, and the ninth man executed in Florida. Gov. Bob Graham signed death warrants Wednesday for two more Florida inmates.

Mr. Henry was to have died Wednesday morning, but the United States Court of Appeals for the 11th Circuit granted him a 24-hour reprieve while it considered his case. He had a calm visit with his family, including a half- hour alone with his new-found mother, after the court rejected his appeal. ‘Ready to Go Either Way’

”He said he was ready to go either way the court told him,” said a State Correction Department spokesman, Vernon Bradford.

Mr. Henry’s final words were barely audible to witnesses because the microphone placed in front of him did not work. He winked at his attorney, Richard Jordanby, a public defender.

He was executed for the murder on March 24, 1974, of Z.L. Riley, his next door neighbor and an Orlando civil rights worker. Mr. Riley was found gagged, tied to a chair and beaten with a pistol. His throat was slit with a razor but the police said he strangled on the gag.

Mr. Henry, who repeatedly denied killing Mr. Riley, began a life of crime when he was 15 years old and once served a prison term for shooting a man in the eye. He Ate a Dozen Oysters

Mr. Henry ordered a dozen oysters with hot sauce and crackers for his last meal. He had never eaten oysters. He finished the dozen along with half a cantaloupe and a glass of grapefruit juice but refused an offer of more oysters.

Mr. Henry, who was shifted from family to family while growing up, said he did not know who his real mother was until a week ago after she read of his impending execution and contacted him at the prison.