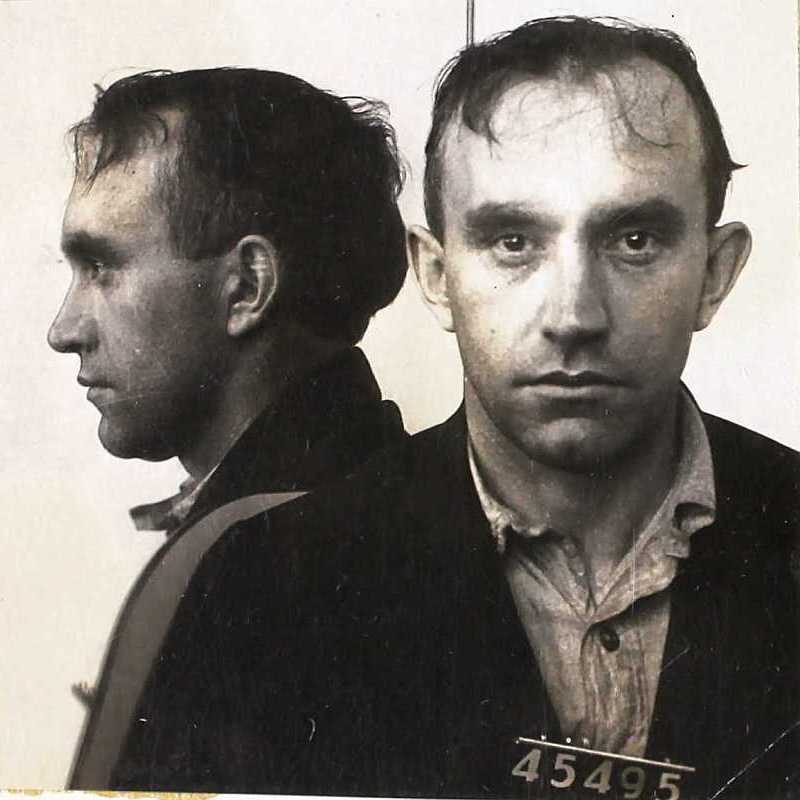 The complete story of how Arthur Leroy Antoine, 35, ‘traded in his wife’ for an 18 year-old girl is told in Volume II of the Historical Crime Detective’s series, Vintage True Crime Stories. The digital version of the book will be released on Amazon Kindle this Saturday, March 9, 2019, and a free copy will be made available to everyone. — For those who write/post a short review on Amazon, you will also receive your choice between two digital DVD-R collections.  – 1. 35 Vintage True Crime Magazines or, 2. 175 Classic True Crime Books. — More news coming soon…

IN THE 1920s, Arthur Leroy Antoine was an auto-mechanic with a wife and two children. For twelve years, he moved his family from town to town, getting one job after another, always looking for something better and never satisified with what he had. In 1928, he was living in Oakland when he applied that principal to his wife of twelve years, Ada Antoine. On January 10 of that year, he had become aquainted with, proposed, and became engaged to Lila Stovall, an 18 year-old girl living in the next county. On January 12, he told his wife he wanted a divorce so he could marry the younger woman.

Ada was somewhat uncooperative because that day also happened to be their 12th wedding anniversary. She told him that she would consent to neither a divorce nor a separation, but was apparently not consulted about the third alternative. So, the love-sick little mechanic decided to take direct action.

With three blows from an 18-pound blacksmith’s hammer, Antoine was a single man again. And then it got macabre. Over the next 12-15 hours, the little man dismembered his wife, and deboned part of her. Some of those bones were placed inside the iron stove where he friend breakfast for his two sons before sending them off to school.

Before they left, Antoine –a man who could disconnect himself from reality or social norms– told his children that their mother had left them, and he would be back in few days with a new mommy.

True to his word, they met their new mommy a few days later when he brought Mrs. Lila Antoine home. She was young, but she was smart — and she listened to the neighborhood ladies who had a thing or two to tell her about the last Mrs. Antoine.

By March, Lila had gone to police who arrested her husband who then gave them about seven different confessions of what had happened to his first wife whose body they could not find. Without a body, there wasn’t much of a case in 1928. But, district attorney and future governor, future vice presidential candidate, and future Supreme Court Justice Earl Warren rolled the dice and Antoine’s murder trial began on May 7, just four months after murdering his wife. On May 25, he was found guilty, but since there was no body, the jury recommended a life sentence instead of death.

“I’m the luckiest man in the world!” Antoine screamed to reporters as he was led out of the courtroom.

He was. Five days later parts of his wife’s missing body were found in a sack in the San Joaquin River. If Earl Warren had waited a few weeks more, Antoine would have been dead within a year or two.

But, nobody really knows when he died because 21 years later, on April 13, he ‘escaped’ from prison and was never seen again. Well, not by anyone who knew who he really was.

Arthur Leroy Antoine’s story, and nine others, can be read in it’s entirety in the new book presented by Historical Crime Detective Publishing that will be released later this week, ‘Vintage True Crime Stories Volume II: An Illustrated Anthology of Forgotten Tales of Murder & Mayhem’ 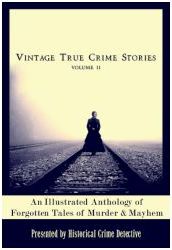 Volume II Kindle version to be Released this Saturday, March 9, 2019.

As it was with Volume I released on September 8, 2018, I will be giving away a FREE Kindle version copy of the book to everyone and anyone who is willing to post a short review of the book on Amazon dot com.

And, just like last time, I will be giving away some really cool stuff if you post your thoughts about the book on Amazon.com. — Reviewers can choose to receive a copy of one of these two digital collections on DVD-RW.

That’s it. So easy! When the time comes, send me an email requesting a free copy of the book, download the book, read the book, post a short review on Amazon, and I will mail you some more free books or magazines on DVD-R.